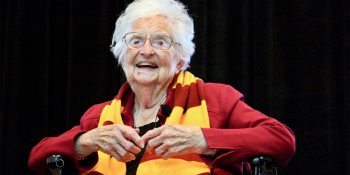 by: Emily McFarlan Miller CHICAGO, Aug. 22, 2019 (RNS) — Sister Jean Dolores Schmidt starts and ends every day the same way. With joy and gratitude. It’s a practice that has been serving Chicago’s beloved Catholic sister, better known simply as “Sister Jean,” for a century now. “God’s been very good to me, keeping me as healthy as possible and keeping me active and keeping me thinking a straight way and keeping me able to help people,” said the 100-year sister, a member of the Sisters of Charity of theRead More 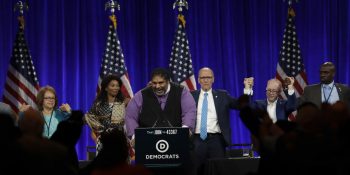 by: Jack Jenkins Aug. 23, 2019 (RNS) — The Rev. William Barber II, a progressive activist and pastor, addressed the executive committee of the Democratic National Committee on Friday (Aug. 23), calling on party leaders to host a presidential debate focused on poverty and to do more to address the concerns of poor and low-income Americans. The co-chair of the Poor People’s Campaign, named for the last major campaign of Martin Luther King Jr., Barber insisted that poverty touches all people and regions of the United States and overlaps withRead More

The Potential End to the U.S. Refugee Program Is More than a Political Crisis – It’s an Identity One — World Relief

America is facing an identity crisis. It’s a crisis that threatens to undermine an identity painstakingly forged over hundreds of years — years during which America became a haven of hope for those seeking a safer, more promising place to build a future.  Source: The Potential End to the U.S. Refugee Program Is More than a Political Crisis – It’s an Identity One — World Relief

The vigils were lead by the Rev. Daniel Haas of The Prayer Coalition for Recompilation and the Rev. Randy Schoof of the Warehouse Church. 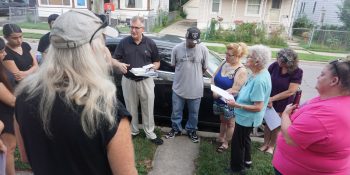 Aurora, Ill., August 21, 2019 – On Monday., Aug. 19, the Aurora community and the local media gathered to mourn the homicides of two young victims killed on Aurora’s streets in early 2019 with two separate prayer vigils. The vigils were lead by the Rev. Daniel Haas of The Prayer Coalition for Recompilation and the Rev. Randy Schoof of the Warehouse Church. Haas has participated in some 415 vigils in rain, snow, heat, and cold as noted by The Beacon-News columnist Denise Crosby. Crosby was joined by Beacon reporter MeganRead More

Trump shared quotes from Newsmax TV’s Wayne Allyn Root, who declared him the greatest president for Jews and Israel “in the history of the world.” Source: Trump touts quote calling him ‘second coming of God’ to Jews in Israel – AOL

Murder victims from January and February 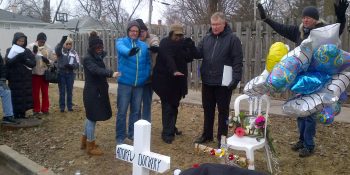 The Prayer Coalition for Reconciliation will do prayer vigils for for two young men killed in late January and early February of this year.  At that time the weather was quite severe with sub-zero degree temperatures.  However, I am deeply sorry that the vigils have not been done before this time.  Please join me tomorrow evening at 5 p.m. and 6 p.m. to remember these men and to bring the attention of our community on these homicides which remain unsolved. Prayer Vigil for Daniel Perez-Alvarez will be at 5 p.m.Read More

Thomas Kokoraleis, the Ripper Crew member staying at Wayside Cross Ministries in Aurora, is ‘tired of hiding’ – The Beacon-News

Darwish told the audience he is running for Congress after having lived in the Palestinian territories...

The first Palestinian Muslim American running for U.S. Congress in Illinois, Rush Darwish, declared that Palestine is home, and vowed to support  Boycott, Divestment, and Sanction (BDS) movement against Israel. On June 15th, Darwish,  a Democrat, announced he is running in Illinois’ 3rdCongressional District, during a rally held at Moraine Valley Community College, Palos Hills, Illinois. The college lies within the largest Islamic community in Illinois, and the largest Palestinian community in the U.S. Additionally the Muslim community’s leadership in the area has historically leaned towards the radical. The 3rd  district isRead More

World Relief formally expressed its disagreement with the proposed rule... 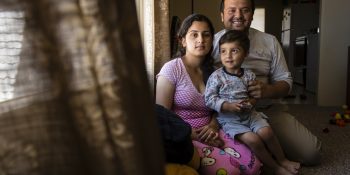 BALTIMORE, Md., Aug. 14, 2019 – This week, the Department of Homeland Security (DHS) announced a final rule clarifying who will be restricted from legal immigration to the U.S. on account of being considered a “public charge.” The final rule, published today, revises DHS regulations to determine whether an immigrant will be allowed to become an immigrant in the United States based on the government’s assessment of the likelihood that the immigrant will utilize taxpayer resources. While the government has a responsibility to be fair to American taxpayers, it alsoRead More 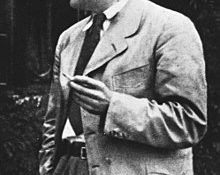 “Silence in the face of evil is itself evil: God will not hold us guiltless. Not to speak is to speak. Not to act is to act.” Dietrich Boenhoffer — Anthony Scaramucci (@Scaramucci) August 12, 2019 HuffPost has more on Scaramucci at.. https://www.huffpost.com/entry/anthony-scaramucci-gop-replace-trump_n_5d50dc95e4b0820e0af761a7