It's been two years since Moody announced it was selling its AM stations...

DAILY HERALD, April 2, 2021 — WMBI 1110-AM, radio flagship of Chicago’s Moody Bible Institute since 1926 and the oldest noncommercial Christian radio station in the country, has been sold, according to a Federal Communications Commission filing, Robert Feder writes. El Sembrador Ministries, a Spanish-language Catholic network based in Chatsworth, California, agreed to pay $1.6 million for the daytime-only AM station along with a construction permit for a translator at 106.3 FM. WMBI, which has been airing Spanish-language religious programming since 2012, is expected to switch to El Sembrador’s ESNERead More

He is Risen!! Sunrise service at Aurora’s McCarty Park 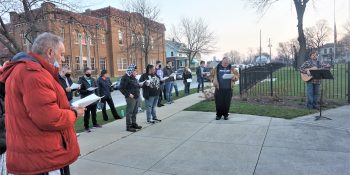 AURORA, Ill., April 4, 2021 — Today is a historic day for Christians around the world. It is the remembrance of resurrection of Jesus Christ from the dead. He is Risen! This is the cry of believers. This morning at 6:30 a.m. a group of Aurora believers gathered at McCarty Park on the city’s east side.  The service featured scripture reading, songs of praise, and short devotional by Jeff Moore, pastor of First Presbyerian Church. Pastor Randy Schoof of Warehouse Church and Eric Stade provided guitar music for the gatheringRead More

If Jesus Christ is not resurrected...

Hesham Shehab: Why Jesus’ Resurrection Is Most Important? 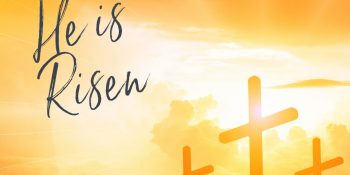 Sermon text preached by Rev. Hesham Shehab Sunday, April 4, 2021 Burbank, Ill.  The great British theologian N.T. Wright said: “Jesus’s resurrection is the beginning of God’s new project not to snatch people away from earth to heaven but to colonize earth with the life of heaven. That, after all, is what the Lord’s Prayer is about.” This is why the resurrection of Jesus is the most important event that took place in the history of human race. First, the resurrection witnesses to the power of God Himself. If God exists,Read More