by: Bob Smietana
Feb. 19, 2021 (RNS) — The Christian and Missionary Alliance has revoked the ordination of the late Ravi Zacharias, citing a “pattern of predatory behavior.”

“In recognition of this gross violation and its painful consequences to the victims and others who were impacted, the C&MA posthumously expels Mr. Zacharias from licensed ministry in our denomination,” the Alliance wrote in a statement. “This comes with the automatic revocation of his ordination.”

Zacharias’ defrocking is the latest fallout from a report that found the late evangelist had engaged in a pattern of abuse and misconduct.

A law firm hired by Ravi Zacharias International Ministries issued a report last week that concluded Zacharias, who died from cancer in 2020, had demanded sexual favors from massage therapists at a spa he co-owned and collected images — including a number of nude photos and videos — of hundreds of younger women. He also had the contact information for hundreds of massage therapists in his phone and spent extensive time overseas writing and getting massages.

The ministry also publicly apologized to Lori Anne Thompson, a Canadian woman who had accused Zacharias of abuse and of soliciting nude photos of her. Zacharias denied the allegations and sued Thompson and her husband. The lawsuit was settled, and the Thompsons are currently under a non-disclosure agreement. The law firm that investigated Zacharias asked for the couple to be released from the NDA, but it remains in effect.

After the report was released, RZIM suspended its fundraising and disabled the online giving function on its website.

“In light of the recent revelations regarding our founder, we find it prudent to suspend all fundraising activities until a path forward can be envisioned that includes care for all of Ravi’s victims, as well as the staff and supporters of RZIM,” the organization said in a statement on its website.

Several overseas offices of RZIM have also been affected by the report on Zacharias’ conduct. The board of the RZIM Trust in the United Kingdom announced it will separate from RZIM’s global organization. The RZIM affiliates in Africa issued an apology and called for an investigation into the finances and governance of the international ministry.

Meanwhile, the board of RZIM Canada announced it would shut down.

“Regrettably, we are of the conviction that it is not possible for RZIM Canada to fulfill this mandate within the current environment. Therefore, it is with heaviness of heart and after much prayerful consideration that we are compelled to begin winding down the operations of RZIM Canada,” the organization said in a statement.

Evangelical author David French cited RZIM as a symbol of a broader problem among Christian ministries, which are slow to address allegations of wrongdoing. In a recent essay that cited RZIM internal communications and interviews with staffers, he said the ministry had covered up its founder’s misconduct, an all too common pattern.

“Christian ministries are populated by leadership teams who derive not just their paychecks but also their own public reputations from their affiliation with the famous founder,” he wrote. “They’re admired in part because the founder is admired. They have influence in part because the founder has influence. When the founder fails, they lose more than a paycheck. There is powerful personal incentive to circle the wagons and to defend the ministry, even when that defense destroys lives,” French wrote.

A spokesperson for RZIM said the organization is not granting media interviews at this time and declined to give specifics about RZIM’s future.

“We recognize this report and board statement will raise additional questions and we will seek to answer those questions at a more appropriate time in the weeks ahead. Our immediate priorities are caring for victims, our staff, Ravi’s family, and seeking God’s direction for the future of this ministry,” RZIM said in a statement. 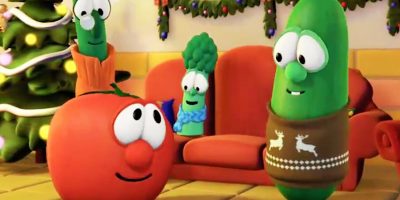 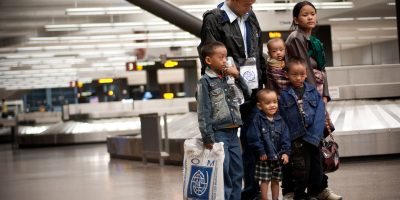