Some 10,000 delegates signed up in advance to watch the convention...

by: Yonat Shimron
Aug. 25, 2020 (RNS) — While millions of Americans watch as the Republican National Convention nominates President Donald Trump for a second term, a smaller group of Republicans, former Republicans and independents is tuning in to a counterconvention — one they hope might put the United States on what they consider a more principled path.

Among them: a sizable group of Christians.

The Convention on Founding Principles coincides with this week’s Republican convention and features among its speakers former FBI Director James Comey and former White House communications director Anthony Scaramucci. It is being put on by Evan McMullin and Mindy Finn who ran an independent presidential race in 2016.

On Monday (Aug. 24), the convention featured Mark Galli, the former editor-in-chief of Christianity Today, who gave a 10-minute prerecorded talk on character in politics. Galli made headlines in December when he penned an explosive editorial calling for Trump’s removal from office — a departure from the evangelical mainstream, which forms Trump’s most loyal base of support.

Also featured during the four-day convention is John Kingston, a lawyer and political operative who ran as a Republican candidate in 2018 for the U.S. Senate seat held by Elizabeth Warren. Kingston has since founded Christians Against Trumpism & Political Extremism alongside Joel Searby, a political consultant who managed McMullin’s 2016 presidential campaign.

Kingston said the evangelical community’s embrace of Trump and its unwillingness to speak out against his immorality has accelerated the decline of the church in American society.

“It is time for fundamental reform, to finally recall who we are as people of faith and people of the republic, and re-ground and lean into the darkness of the days,” Kingston says in his prerecorded 10-minute speech, which will be part of Wednesday’s program.

Neither Kingston nor Searby is a member of the clergy, and it’s unclear what kind of following among religious or lay leadership their nascent organization has.

Neither does Christians Against Trumpism endorse Trump’s challenger, Joe Biden (though a straw poll of people attending the Convention on Founding Principles found that 87%  plan to vote for Biden.)

“It’s not our intention to tell Christians how to vote,” Searby said. “We want to call them to stand up for what matters most in our faith: a foundational truth and the basic treatment of our neighbors in loving them as ourselves.”

Like the RNC, the Convention on Founding Principles begins each night with a religious invocation. On Monday, the list of interfaith leaders included a retired Episcopal priest, a Reform rabbi, a Muslim convener and a Mormon bishop.

Some 10,000 delegates signed up in advance to watch the convention, said Mike Ongstad, communications director for Stand Up Republic, the group hosting the confab. The proceedings can be livestreamed each evening from 8:30 p.m. EST at www.CFP2020.us.

“We want this to be a counterconvention, a protest of Trump and Trumpism,” said Ongstad. “But we also want to emphasize, this isn’t just to get rid of Trump. There are much bigger problems the Republican Party and our politics in general need to address.”

Among those principles, the alternative convention has recommitted to a rule of law; free, fair and secure elections; truth and facts; an inclusive United States citizenry; and elected leaders who act with “integrity, honor and service.”

Galli, who is an independent and voted for McMullin in 2016, said he wanted to challenge pragmatists, among them many evangelicals, who argue that character doesn’t matter so long as a politician pursues the right policies.

“The most important moral trait of a political leader, especially in times of deep conflict, is that they not use power for vengeance but for justice grounded in mercy,” he said in his talk. “It’s a refusal to treat others with whom one disagrees as ‘enemies’ but only as opponents. It is to remember that even our opponents are created in the image of God and, despite their views and projects that we find unsavory, they still retain an inherent dignity we are called to respect.” 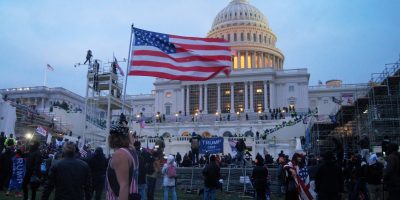 For insurrectionists, a violent faith brewed from nationalism, conspiracies and Jesus 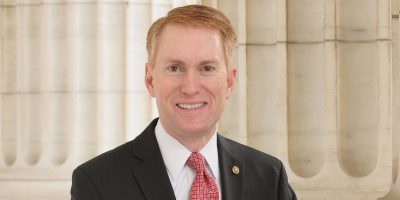 Opinion: At the Capitol, evangelicals’ ‘Thou art the man’ moment