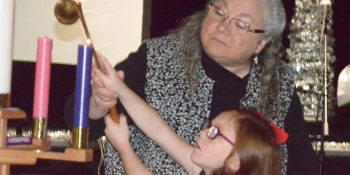 Sheen was an early adopter of mass media as a form of evangelization in the United States... 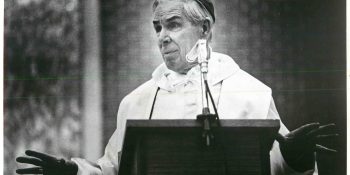 by: Jack Jenkins Dec. 3, 2019 (RNS) — The beatification of late Catholic Archbishop Fulton Sheen was postponed this week, marking the latest setback on the road to sainthood for the beloved television and radio preacher. Sheen was an early adopter of mass media as a form of evangelization in the United States, regularly appearing on “The Catholic Hour” radio program from 1930 to 1950. After becoming bishop, he launched his successful “Life Is Worth Living” television series in 1951, attracting millions of viewers. Bishop Daniel Jenky of the DioceseRead More

OSWEGO, Ill., Nov. 27, 2019 — Church of the Good Shepherd United Methodist, 5 W. Washington St. in Oswego, will host a pancake breakfast with Santa from 9 a.m. to noon Saturday, Dec. 7. The public is invited. Parking is free. Breakfast donations are $10 for adults and $8 for children ages 4 to 11. Children three and under are free with an adult ticket. The breakfast menu includes pancakes, sausage, juice, coffee a hot chocolate bar. Attendees are invited to take photos with Santa. Co-sponsors are Good Shepherd youthRead More

A craft bazaar and bake sale will be included.

OSWEGO, Ill., Dec. 2, 2019 — Church of the Good Shepherd, 5 W. Washington St. in Oswego, will hold a chili and pie supper from 5 to 8 p.m. Friday, Dec. 6. The public is invited. Parking is free. The event is part of the Oswego Christmas Walk. The menu includes chili dogs, potato chips, homemade pies, brownies, cookies and beverages. Items are priced individually. Varied nativity sets loaned by congregants will be displayed in the sanctuary.  Music will be provided by the Fox River Music Academy. A craft bazaarRead More

The live nativity will be held on the church's east lawn. Cast members will include Mary, Joseph, baby Jesus, wisemen and shepherds. 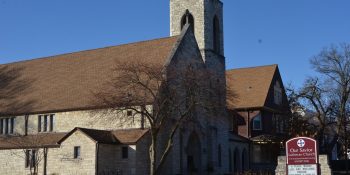 AURORA, Ill., Dec. 3, 2019 — Our Savior Lutheran Church, 420 W. Downer Pl. in Aurora, will stage its first live nativity performance Saturday, Dec. 14, from 4 to 7 p.m. The public is invited. Admission, parking and refreshments are free. The live nativity will be held on the church’s east lawn. Cast members will include Mary, Joseph, baby Jesus, wisemen and shepherds. Costumes will be provided for the public to participate. Animals will include three horses costumed as camels, sheep, goats, alpacas, donkeys, cows and mini-horses. The church willRead More