The use and possession of weapons should be made “immoral” under official Catholic teaching... 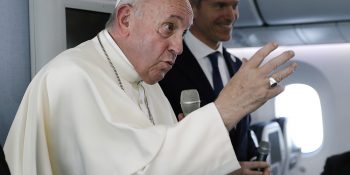 by: Emily Churchill ABOARD THE PAPAL PLANE, Nov. 26, 2019 (RNS) — Pope Francis’ view on nuclear weapons can be summed up in a few simple words. Just say no. The use and possession of weapons should be made “immoral” under official Catholic teaching, Francis told reporters aboard the papal plane Tuesday (Nov. 26) taking a new step in terms of the Vatican’s position on this issue. He also expressed reservation concerning the use of nuclear energy. “An accident (through the) possession or the folly of some leader could destroyRead More

Give Thanks for the Humanitarian Habits of Religious People | RealClearPolitics

A majority of all Americans now tell pollsters that efforts to help the poor, comfort the needy, and otherwise serve the common good would be just as prevalent “if there were no people of faith or religious organizations to do them.” Sorry, folks. As a factual matter, that is emphatically untrue. Source: Give Thanks for the Humanitarian Habits of Religious People | RealClearPolitics

His was a religious message, without theology.

Opinion: Was Mister Rogers the messiah?

by: Jeffrey Salkin Nov. 27, 2019 (RNS) — The question seems blasphemous. But the idea certainly must be in many people’s minds as they emerge from the movie theater after seeing “A Beautiful Day In The Neighborhood.” The film stars Tom Hanks as Fred Rogers, aka Mister Rogers, the iconic children’s television show host. It tells the story of Rogers’ relationship with a journalist who writes for Esquire magazine, based on the real life writer Tom Junod but called Lloyd Vogel in the film. Rogers helps the journalist to repairRead More

What we have to learn is how to celebrate life.

Opinion: Henri Nouwen on celebrating the holidays — and every day 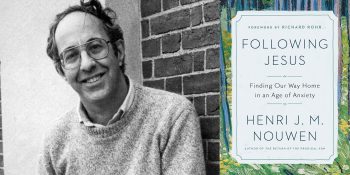 by: SUZANNE REID Editor’s note: This is an excerpt from the posthumously published “Following Jesus: Finding Our Way Home in An Age of Anxiety,” by the late Henri Nouwen. Nov. 26, 2019 (RNS) —Celebration is what we are called to. We are called to practice joy by celebrating. What we have to learn is how to celebrate life. Celebrating life is not a party but an ongoing awareness that every moment is special and asks to be lifted up and recognized as a blessing from on high. When I wasRead More 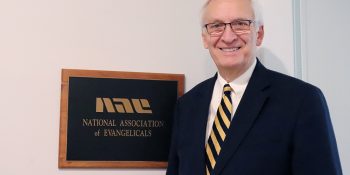 by: Adelle M. Banks WASHINGTON, Nov. 27, 2019 (RNS) —  Leith Anderson is a fan of the word “evangelical” and the Christians who claim that name. But he knows the term may have outlived its usefulness in a polarized country where evangelical has often become a synonym for conservative Republican. “I like the word ‘evangelical.’ I would like it to stand for what I think it has always stood for,” the retiring president of the National Association of Evangelicals said in a recent (Nov. 19) interview. “But if people wantRead More 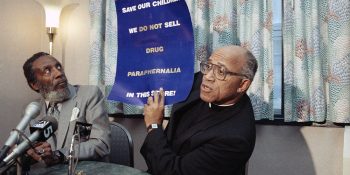 by: Emily McFarlan Miller CHICAGO, Nov. 26, 2019 (RNS) — The Rev. George Clements, a civil rights activist whose life was turned into a made-for-TV movie after he became the first Catholic priest to adopt a child, died Monday (Nov. 25) at age 87. Clements reportedly had suffered a stroke and heart attack within the last month. In a statement on Facebook, the Rev. Michael Pfleger of St. Sabina Catholic Church in Chicago called Clements “a Pioneer for Justice who spent his life helping people.” “He pushed the Catholic churchRead More

In “Unsettling Truths,” Charles and Rah reach back to the 15th century... 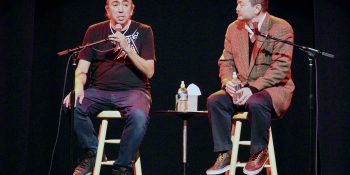 by: Emily Churchill CHICAGO, Nov. 26, 2019 (RNS) — President Donald Trump and independent presidential candidate Mark Charles agree on at least one thing. When Trump declared November for the first time to be National American History and Founders Month, Charles said the president’s call to remember history is a great idea. Charles, a Navajo speaker and author, thinks the president should start by reading Charles’ new book, co-written with North Park University professor Soong-Chan Rah, “Unsettling Truths: The Ongoing, Dehumanizing Legacy of the Doctrine of Discovery.” “We are tryingRead More

Last month (October 27th), Abdelnasser Rashid, 30, announced his bid for Cook County Board of Review as an independent democrat in 2020. Rashid, currently the Chief Policy Officer for Cook County Assessor Fritz Kaegi, ran for Cook County Commissioner office in 2018 and almost won. It was so close a call that the Council on American Islamic Relations (CAIR)- Chicago gave him the  Trailblazer Award at its 15th annual banquet in February 2019. CAIR is connected to Hamas: Hamas, designated a terrorist organization by the U.S. and many other governments.Read More