The former head of the CIA identified what he called the worst offenders of principles of religious freedom... 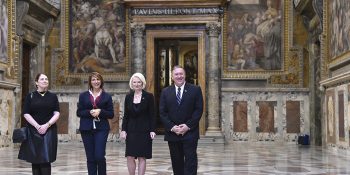 InterVarsity can require its leaders to be Christian, judge rules 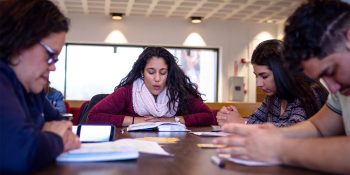 by: Emily McFarlan Miller Oct. 2, 2019 (RNS) — Yes, a Christian student group can require its leaders to be Christian. That’s the decision a judge reached last week in InterVarsity Christian Fellowship/USA v. the University of Iowa, a lawsuit the evangelical Christian campus ministry brought against the university and several of its leaders after the school booted InterVarsity and other religiously affiliated student groups for requiring their leaders to share their faiths. Those groups also included Muslims, Sikhs and Latter-day Saints, according to a statement from InterVarsity. “We mustRead More

“It could be a devastating thing..."

Franklin Graham on impeachment: ‘Our country could begin to unravel’ 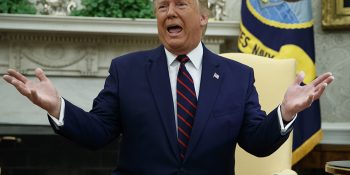 by: Yonat ShimronOct. 2, 2019 (RNS) — Evangelist Franklin Graham issued a dire warning about the fate of the United States, should the presidential impeachment inquiry started by the U.S. House lead to President Donald Trump’s ouster. “Our country could begin to unravel if an elected president is thrown out of office because of lies and the media,” said Graham, president and CEO of the Billy Graham Evangelistic Association, in an interview on Wednesday (Oct. 2) with Religion News Service. “It could be a devastating thing. We’re in very dangerousRead More 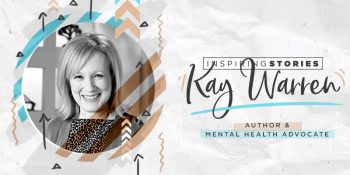 ST. CHARLES, Ill. – Christ Community Church invites the public to a special Inspiring Stories Weekend (October 5 and 6) with Speaker Kay Warren, best-selling author, international speaker, and co-founder of Saddleback Church. Kay is a passionate mental health advocate and a board member of the National Action Alliance for Suicide Prevention. In April of 2013, the Warren family suffered the loss of their youngest son Matthew to suicide. Through her grief, Kay has become a tireless advocate for those living with mental illness. Drawing on her 40 years ofRead More