“Mark Cuban is one of the most recognizable and inspiring business leaders of our time..."

By Tom Siebert
ELGIN, Ill., March 29, 2019 – Mark Cuban, owner of the NBA’s Dallas Mavericks and one of the stars of ABC-TV’s long-running “Shark Tank” show, will be the inaugural guest of a new discussion series, as part of the prestigious World Leaders Forum at Judson University in Elgin.

The billionaire investor and entrepreneur will be interviewed by Judson alumnus Mark Vegas, a well-known business and political adviser, on Thursday, May 16, at the university’s Herrick Chapel.

“Mark Cuban is one of the most recognizable and inspiring business leaders of our time and we’re tremendously excited to welcome him to Judson,” said university President Gene Crume, adding, “We are fortunate to count Mark Vargas among our alumni and are excited for him to host conversations with great leaders to inspire creativity and entrepreneurship in our community.”

The goal of the World Leaders Forum is to offer Judson students and the Chicagoland community an opportunity to be inspired by significant global thought leaders.

And on October 8, presidential daughter and diplomat Caroline Kennedy will be interviewed by conservative radio host Eric Metaxas at a World Leaders Forum sponsored by the university at the Renaissance Schaumburg Convention Center.

Mr. Vargas, a 2004 Judson graduate, has served as a U.S. Department of Defense adviser on rebuilding war-torn economies through foreign and private investment. He is also a political opinion writer whose articles have appeared in several newspapers, including the Chicago Tribune.

“I’m honored to call Mark Cuban a friend, and I’m delighted that he accepted my personal invitation to join us in May as we launch this new and exciting speaker series,” said Mr. Vargas.

Located in Elgin since 1963, Judson University offers a Christian, liberal arts and sciences education through its Bachelor of Arts degrees for more than 60 majors, minors, graduate programs, and online courses–as well as certification and accelerated adult degree programs.

Proceeds from this World Leaders Forum event will fund entrepreneurship and diversity scholarships for Judson students interested in business. Ticketing and sponsorship information may be obtained by visiting judsonu.edu/WLFConversations.

« No tax relief yet from Congress for churches (Previous News)
(Next News) Statement from Wayside Cross Ministries: A response to recent news articles… » 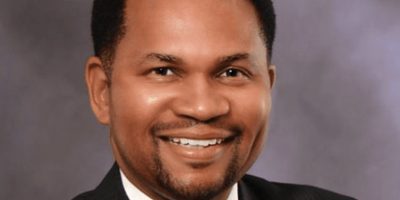