Sermon text preached by Rev. Hesham Shehab Sunday, July 10, 2022 Peace Lutheran, Lombard, IL Text: Genesis 12:1-4 The Cost of Mission Grace to you and Peace from God our Father and the Lord Jesus Christ. Today, I want to talk to you about what ministry is. Christian ministry is taking your gifts and resources and meeting the needs of people in Christ’s name, in one hand, and having the Gospel in the other. I am not talking about people who are supported financially to do this with all of theirRead More

If you refuse to identify and call it what it is then you are in danger from suffering its ravages.

Sermon text preached by Rev. Hesham Shehab Sunday, July 17, 2022 Holy Trinity Lutheran, Burbank, IL Text: Luke 8:26-19, English Standard Version Jesus Heals a Man with a Demon 26 Then they sailed to the country of the Gerasenes,[a] which is opposite Galilee. 27 When Jesus[b] had stepped out on land, there met him a man from the city who had demons. For a long time he had worn no clothes, and he had not lived in a house but among the tombs. 28 When he saw Jesus, he cried outRead More

A theology of danger and martyrdom is not a prominent theme in our churches today. 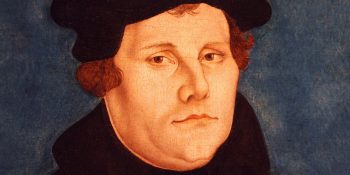 Did the Reformation Lack Missionary Zeal? The Reformation is known for bringing the Gospel to light, but it is accused of lacking an intentional the missionary spirit to bring it to the world. However, the reasons for not being more missional, they way we understand missions today, are manifold. First, many congregations had no immediate connection to overseas countries and thus could not pursue foreign mission. Second, the reformers spent their energies largely on reforming the church’s internal problems. Third, even if overseas mission had been an option, the territorialRead More 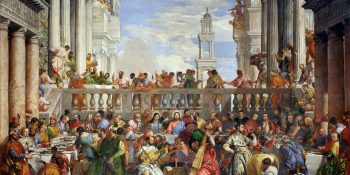 Sermon text preached by Rev. Hesham Shehab Sunday, January 16, 2022 Holy Trinity Lutheran, Burbank, IL Text: John 2:4, 19:26 Woman! My Hour Has Not Come Yet In the Gospel of John, the stories that involve Mary the mother of Jesus contain an oddity that baffles many readers. Mary appears only twice in this Gospel, in the wedding at Cana and at the foot of the cross, and both times Jesus addresses her in a way that sounds rude. Instead of calling her “mother,” “mom,” or some ancient Jewish equivalent, heRead More 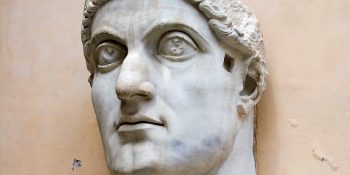 Did the Constantinian Roman Empire Divert the Christian Mission? Even though the persecution of Christians occurred, sporadically and usually locally, throughout the Roman Empire, in the first three centuries, the faith spread through preaching and mercy works. Originally a polytheistic empire in the traditions of Roman paganism and the Hellenistic religion, as Christianity spread through the empire, it came into ideological conflict with the imperial cult of ancient Rome. Pagan practices such as making sacrifices to the deified emperors or other gods were abhorrent to Christians as their beliefs prohibitedRead More

Sermon presented by Rev. Hesham Shehab on The John Ross Show (https://facebook.com/xpiannews) on Dec. 24, 2021 Why the Father Sent His Son? Amid the joyful celebrations, this Christmas, will look at four of the reasons God sent Jesus, the Reason for the Season. First: To Reveal the Father to the Nations In the Old Testament, God began to reveal Himself as the Creator, Lawgiver, Judge, and Redeemer of His people. Is it possible to know Him personally? And then came Jesus (Hebrews 1:1–2). Jesus revealed God in a way thatRead More

They say, seeing is believing...

Hesham Shehab: What is Faith?

Sermon text preached by Rev. Hesham Shehab Sunday, June 27 2021 St, John Lutheran Church, Chicago, Ill. Text: Mark 5 Introduction: Invocation: Grace to you  and peace from God our Father and the Lord Jesus Christ They say, seeing is believing, and for this reason, the world counts us as fools to have faith in what is not seen. Yet, if we’re honest we have to admit our world believes in a lot of things that are unseen as well. Illustration from life #1: For example, the world trusts in oddRead More

Sermon text preached by Rev. Hesham Shehab Sunday, June 20, 2021 Zion Lutheran Church, Hinsdale, Iii. Text: Luke 8:23 “On the way across he lay down for a nap, and while he was sleeping the wind began to rise. A fierce storm developed that threatened to swamp them, and they were in real danger (Living Bible). Introduction: Invocation: Grace to you and peace from God our Father and the Lord Jesus Christ. Illustration from life #1: Have you been caught at sea in a storm before? Before immigrating to the USA,Read More

And Jesus says the kingdom of God is like a mustard seed.

Hesham Shehab: Because of Jesus, A Mustard Seed of Faith Could Change the World

Sermon text preached by Rev. Hesham Shehab Sunday, June 13, 2021 Christ Our Savior Lutheran Church Text: Matthew 13:31-32 Because of Jesus, A Mustard Seed of Faith Could Change the World Introduction: Invocation: Grace to you and peace from God our Father and the Lord Jesus Christ. Illustration from life #1: In 1963, my friend and mentor Rev. Dr. Bernie Lutz was the Athletic Director at Concordia College, Edmonton, Alberta, Canada. Bernie said: “I was coaching football and ice hockey.” It was the job I liked and wanted to do allRead More

Sermon text preached by Rev. Hesham Shehab Sunday, June 6, 2021 Burbank, Ill.  Jesus, Lunatic or Lord! Grace to You and Peace from God our Father and the Lord Jesus Christ. There are many unhinged people running around in our world today who claim they are important deceased figures, like prophets or world leaders, who came back to life. Some even manage to gain a following. This is not a new phenomenon. In the New Testament we have the example of the disciples who thought that Jesus was Prophet Elijah orRead More