Pro ALL Life: Why I Protest and Encourage You to Do So Too – Christianity Today Opinion

I’ve marched for life like lots of evangelicals. I encourage you to march for black lives as well. Protests are part of who we are. Read the article at The Exchange with Ed Stetzer: Pro ALL Life: Why I Protest and Encourage You to Do So Too 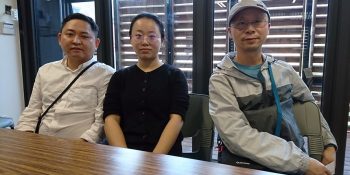 by Diana Chandler SILVER SPRING, Md. , July 23, 2020 (BP) — China persecutes Christians to gain leverage in future diplomatic relations with the U.S., a Christian seeking U.S. asylum claimed in a video released Wednesday (July 22) alongside a new report by International Christian Concern (ICC). Liao Qiang, a member of Early Rain Covenant Church in Chengdu, further claimed in the ICC video that the Chinese Communist Party (CPC), “makes you think that they are willing to compromise, because they know Americans care about freedom of religion. If ChinaRead More

More than 40 members, including Pastor Darryl Ross, contracted the virus after the church's annual revival during the week of July 19. 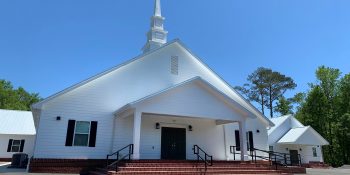 by Grace Thornton STRAWBERRY, Ala., July 28, 2020 (BP) — James Carson has watched the church he loves go through a lot in the past two years. When its building went up in flames in August 2018, he saw the smoke from his house across the cow pasture. It was a long process, but they rebuilt. And now he’s watching from home again as his beloved church family at Warrior Creek Baptist Church in Strawberry goes through another crisis — a COVID-19 outbreak. More than 40 members, including Pastor DarrylRead More 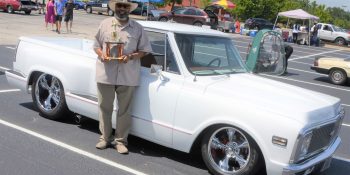 That’s because the court found that any religious school teacher who performs a religious function is beyond the reach of civil rights protections accorded to other workers. 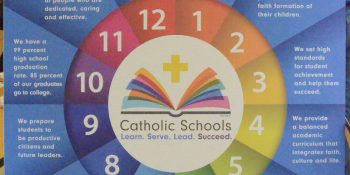 by: Yonat Shimron July 22, 2020 (RNS) — As a religious studies teacher at Sacred Heart Cathedral Preparatory, a Catholic High School in San Francisco, Ish Ruiz knows he’s probably considered a “minister” by the archdiocese. But he’s also charged with helping teachers in secular subjects discover their spiritual gifts, or charism, in Catholic nomenclature. A recent Supreme Court decision on the so-called ministerial exception may shut down those conversations. That’s because the court found that any religious school teacher who performs a religious function is beyond the reach ofRead More

In the archdioceses of Chicago and New Orleans, top leaders are encouraging their schools to place a new emphasis on teaching about racial justice, as well as the history of Black Catholics.

by: Kathryn Post July 27, 2020 (AP) — The history of Black Catholics in the U.S. is a dramatic mix of struggles and breakthroughs, but it has been largely ignored in the curriculum of Catholic schools. That may soon change. Amid the national tumult over racial injustice, there are high-level calls for the schools to teach more about the church’s past links to slavery and segregation, and how Black Catholics persevered nonetheless. In the archdioceses of Chicago and New Orleans, top leaders are encouraging their schools to place a newRead More

The key to success, I believe, is to accept that this transformation will be permanent and make the most of it. 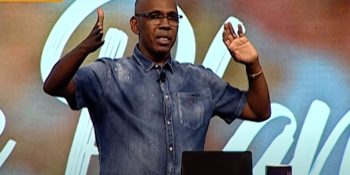 by: Paul O’Donnell (Joseph W. Walker III) July 24, 2020 (RNS) — It’s time to think big about the future of worship before the future passes us by. As this pandemic transforms faith communities, the national conversation among leaders has been too timid and tactical — focused mostly on the logistics of returning to our brick-and-mortar buildings: How soon can we get bodies back into the pews? How many in the sanctuary at one time? How far apart should worshippers sit? And, most confounding of all, should we require masks?Read More

Evangelical, Midwestern, Southern churches most likely to be meeting in person again 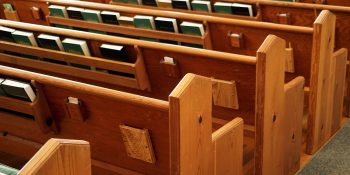 by: Emily McFarlan Miller July 24, 2020 (RNS) — Which churches have resumed gathering in person amid the coronavirus pandemic? Mostly evangelical Protestant churches rather than mainline Protestant and, more often, those that are located in the South or Midwest, according to a new survey released Friday (July 24) by LifeWay Research, the research arm of the Southern Baptist Convention. But even for those churches that have reopened, services likely don’t look like they did before COVID-19 upended everyday life in the United States. “Resuming in-person worship services has notRead More

Rep. Ted Yoho resigns from Bread for the World board after verbally attacking Ocasio-Cortez 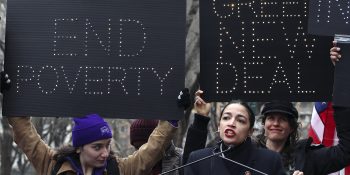 by: Alejandra Molina July 25, 2020 (RNS) — Bread for the World released a statement Saturday (July 25)  saying it sought Yoho’s resignation “as an action that reaffirms our commitment to coming alongside women and people of color, nationally and globally, as they continue to lead us to a more racially inclusive and equitable world.” Yoho’s resignation comes days after he made headlines for reportedly using a sexist slur after confronting New York Democratic Rep. Alexandria Ocasio-Cortez over her remarks suggesting poverty and unemployment were factors in a crime increase inRead More

That’s according to the 10th annual State of the Bible survey released Wednesday (July 22) by the American Bible Society.

State of the Bible: Left unread during the coronavirus pandemic 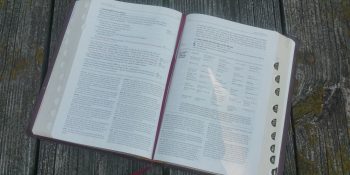 by: Emily McFarlan Miller July 22, 2020 (RNS) — People may be reading the news and “doomscrolling” through social media during the coronavirus pandemic. But what they don’t appear to be reading is the Bible. That’s according to the 10th annual State of the Bible survey released Wednesday (July 22) by the American Bible Society. The number of American adults the American Bible Society considers “Scripture engaged” based on how frequently they read Scripture and its impact on their relationships and choices dropped significantly from 28% to 22.7% between JanuaryRead More