At a time when many churches cannot yet publicly gather, pastors and faith leaders are finding creative ways to honor motherhood this Sunday. 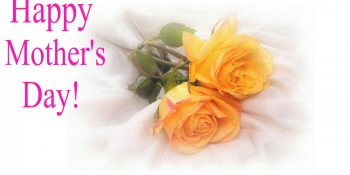 by: Alejandra Molina May 8, 2020 (RNS) — The Rev. Victor Cyrus-Franklin remembers his mother getting him and his siblings ready for Sunday service. She’d have to delegate who was doing whose hair, help them find missing socks and everything else in between to have them dressed and ready for church. His father, a public school teacher, would be up early delivering the Sunday paper to help make ends meet. So on certain Sundays, his mom was responsible for, as Cyrus-Franklin describes it, “the mad dash trying to get outRead More

Here's a sampling of 10 voices from religious officials, authors and clergy who, across racial and ideological lines... 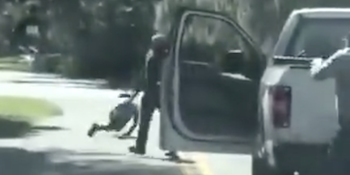 by: Adelle M. Banks May 8, 2020 (RNS) — With the release of a viral video months after the shooting of Ahmaud Arbery, a black jogger in Georgia, religious leaders have raised their voices to ask questions about how and why he died. On Thursday (May 7), the Georgia Bureau of Investigation announced it had charged two white men, Gregory McMichael, 64, and his son, Travis McMichael, 34, with murder and aggravated assault in the case, more than two months after Arbery’s death in Brunswick. There has been outrage, whichRead More

The system of white supremacy corrupts the relationship between white people and people of color.

by: Paul O’Donnell (Jemar Tisby) May 8, 2020 (RNS) — In Genesis 4, Cain kills his brother Abel out of anger and jealousy. He lured his sibling out into a field and murdered him. Then God confronts Cain and asks him where his brother is. Cain indignantly answers with a question that reverberates down through the millennia, “Am I my brother’s keeper?”  In our day in Brunswick, Georgia, two white men saw a black man, Ahmaud Arbery, out for a jog and thought the worst. They waited for him, confrontedRead More