Proceeds will benefit Realtors United 2020, a project by Kane and Kendall County realtors to build a duplex home... 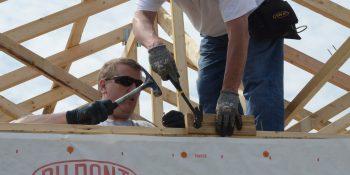 YORKVILLE, Ill., Jan. 3, 2020 — Coldwell Banker Real Estate Group in Yorkville will hold a fundraiser for Fox Valley Habitat for Humanity Wednesday, Jan. 15, from 5 to 8 p.m. at Law Office Pub and Music Hall, 226 S. Bridge St. in Yorkville. The public is invited. Admission is a donation of $30. Included are two beer or wine beverages and pizza and appetizers from Parma Pizza Bar in Yorkville. A silent auction and 50/50 raffle will be included. Proceeds will benefit Realtors United 2020, a project by KaneRead More

“It was an opportunity for Mayor Pete to learn, to listen and to hear,” she [Kelly Brown Douglas].said. 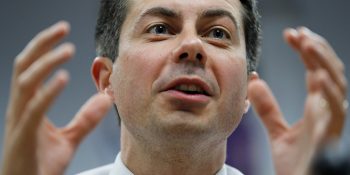 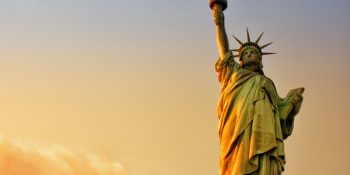 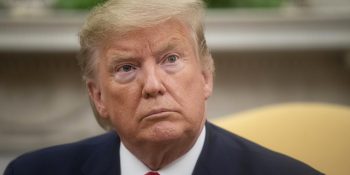 by: Kerry Staurseth Jan. 10, 2020 (RNS) — We wanted to write collectively as a diverse group of ministerial leaders, doctorates, lay-persons and people who simply love God to express our sincere gratitude for Christianity Today’s printing of the brilliantly and objectively written article by (the magazine’s then Editor-in-Chief) Mark Galli, entitled “Trump Should Be Removed from Office.” We truly respect your organization’s stance on the stated principle “We want CT to be a place that welcomes Christians from across the political spectrum…” The late Billy Graham, CT’s founder, gaveRead More

Asked if the experience of running for office tested her faith, she said the campaign was “trying,” but she drew inspiration from her spiritual beliefs 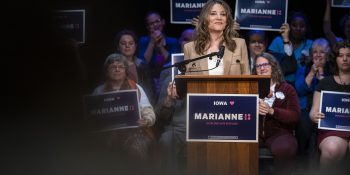 by: Jack Jenkins DES MOINES, Iowa, Jan. 10, 2020 (RNS) — Spiritual author Marianne Williamson has ended her campaign seeking the Democratic presidential nomination, saying that the experience challenged her faith but that she leaned on her spiritual beliefs for strength. “I stayed in the race to take advantage of every possible effort to share our message,” Williamson said in her statement announcing the suspension of her campaign on Friday (Jan. 10). “With caucuses and primaries now about to begin, however, we will not be able to garner enough votesRead More

One of the marchers, captured by a photographer, wore a Johnny Cash T-shirt.

Johnny Cash’s gospel versus the temptations of nationalism 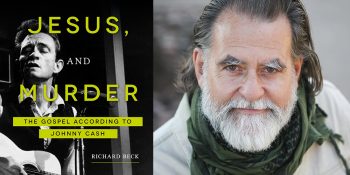 by: Paul O’Donnell Jan. 10, 2020 (RNS) — Marching through dark streets under torches, the mob proudly displayed their swastikas, shouting “Heil, Hitler” and chanting the chilling refrain, “Blood and soil! Blood and soil!” One of the marchers, captured by a photographer, wore a Johnny Cash T-shirt. This wasn’t 1930s Germany. This was Charlottesville, Virginia, in 2017. The association of Johnny Cash with the hate-filled, white-supremacist “Unite the Right” rally in Charlottesville drew a sharp and public rebuke from the Cash family. Cash’s daughter Rosanne posted a passionate note onRead More