The CT editorial points not just to a crisis within the evangelical version of American religion; it points to an unspeakable melancholy that marks American whiteness itself.

by: Paul O’Donnell Dec. 24, 2019 (RNS) — Given President Donald Trump’s rock-solid support from the evangelical Christian community, the appearance late last week (Dec. 19) of an editorial titled “Trump Should Be Removed From Office” took many by surprise — even, to judge from his Twitter feed, Trump himself. No doubt he, like many pundits, spent last weekend wondering if the editorial portends cracks in his base. While I remain unconvinced of that, it is nevertheless encouraging that Christianity Today, the magazine founded by Billy Graham and a bastionRead More 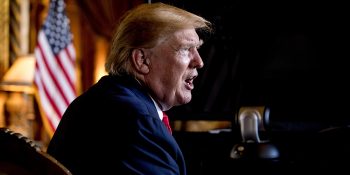 by: Roxanne Stone Dec. 24, 2019 (RNS) — This week Christians around the world will be celebrating the birth of our Lord and Savior Jesus Christ. For those of us who choose to follow Jesus in the United States and self-identify as evangelical, Christianity Today magazine has been one of the most significant journalistic outlets for discussion, Christian witness, and concern. On December 19, 2019, Christianity Today‘s general editor, Mark Galli, wrote an editorial called “Trump Should Be Removed from Office.” One may or may not agree with Galli’s messageRead More

Here’s a sampling of some of the key figures... 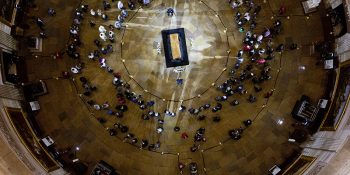 by: Adelle M. Banks Dec. 26, 2019 (RNS) — Over the last decade, prominent people — household names and lesser-known leaders on social and moral issues — died after playing an outsized role in the realm of religion. Here’s a sampling of some of the key figures, from a globe-trotting evangelist to an atheist, who have left their legacies for the next generations. Billy Graham The evangelist who converted millions to Christianity and encouraged them to nurture their faith in local congregations died at age 99 on Feb. 21, 2018.Read More 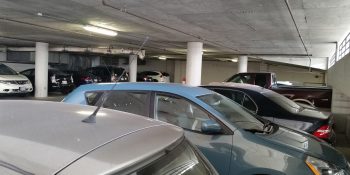 by Tom Strode & Roy Hayhurst WASHINGTON, Dec. 23, 2019 (BP) — Two Southern Baptist entity heads have greeted the repeal of a two-year-old tax on churches and other nonprofit organizations with gratitude. President Trump signed into law Dec. 20 a spending bill that includes language rescinding a section of the Tax Cuts and Jobs Act of 2017 that requires houses of worship and other nonprofits to pay a 21 percent tax on such employee benefits as parking and transportation. The Senate approved the legislation that included the repeal Dec.Read More

National No Comments » Print this News

At the heart of the holiday, new parents fleeing danger. Source: Christmas Immigrants: A Story by Max Lucado – Christianity Today

Francis said that like the shepherds who ran to the manger to see Christ, faithful today have many failures and are “not saints.”

Do not lose hope, Pope Francis says at Christmas vigil: God loves you no matter what 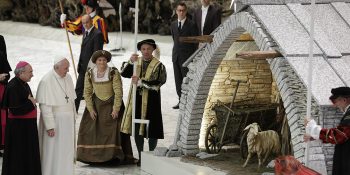 by: Claire Giangravé VATICAN CITY, Dec. 24, 2019 (RNS) — Under the dome of Rome’s St. Peter’s Basilica, Pope Francis celebrated the Christmas vigil Mass on Tuesday (Dec. 24) by reminding faithful of the redeeming power of grace and admonishing them to “take courage,” because “God loves you.” “Do not lose confidence, do not lose hope, do not think that to love is a waste of time,” the pope said in his homily. “Tonight, love has conquered fear, new hope has arrived, God’s kindly light has overcome the darkness ofRead More

My prayer tonight is that you be filled with the contagious spirit of Christmas... 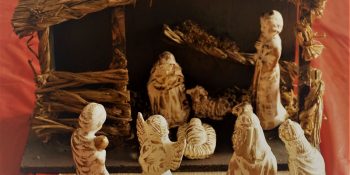 Grace to you and Peace from God our Father and the Lord Jesus Christ Yesterday, while writing this message, I did a silly experiment. I used the voice recognition app on my smart phone, and asked where is Holy Trinity Lutheran Church, Burbank, IL. It told me where! No surprise. Then I asked: “OK google, Am I a good preacher?” I was not expecting an answer… but it did give an answer, but it was not a specific answer. It said: A good preacher must be: AUTHENTIC PREACH TO THERead More 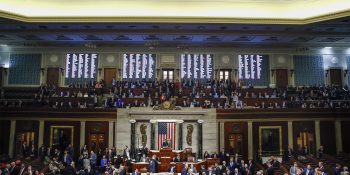 by: Jack Jenkins Dec. 23, 2019 (RNS) — The impeachment process is getting biblical. Literally. Perhaps it all started a few days before the impeachment vote, when House Speaker Nancy Pelosi told journalists that she had been praying for president Donald Trump and rebuked a reporter who asked if she hated the commander in chief. “I don’t hate anybody,” she said, explaining that her feelings were a byproduct of her Catholic faith. Or perhaps the God talk really began in earnest during the debate before the House of Representatives madeRead More 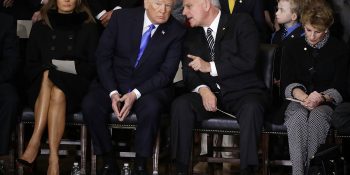 by: Mark Silk Dec. 22, 2019 (RNS) — The timing of Christianity Today’s editorial calling for President Trump’s ouster couldn’t have been better. With impeachment voted and Congress gone for the holidays, it dropped into a beautiful D.C. news vacuum. Boom! Front pages of the Washington Post and New York Times. Interviews on CNN. Commentary everywhere. And why not? Trump’s support among white evangelicals has been the biggest religion story of his presidency, so his rejection by their flagship publication had to be news. As usual, Trump helped the coverageRead More

Joseph knew what the law of God said about unfaithfulness. 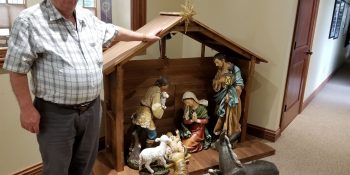 Matthew 1:18-25 English Standard Version (ESV) The Birth of Jesus Christ 18 Now the birth of Jesus Christ took place in this way. When his mother Mary had been betrothed to Joseph, before they came together she was found to be with child from the Holy Spirit. 19 And her husband Joseph, being a just man and unwilling to put her to shame, resolved to divorce her quietly. 20 But as he considered these things, behold, an angel of the Lord appeared to him in a dream, saying, “Joseph, sonRead More