He [Turkish president] was openly stated this scheme. 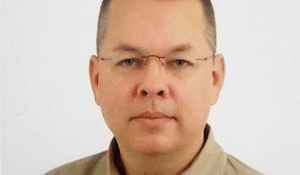 Today, the website Ahval ran a story from the Russian Tass news agency that U.S. is considering extraditing the Pennsylvania Islamic cleric Fethullah Gulen back to Turkey to face charges connected with the assassination of Russian Ambassador Andrei Karlov in Ankara. This extradition plan is part of Turkish President Recep Tayyip Erdoğan’s scheme for his releasing of imprisoned American pastor Andrew Brunson. Gullen is blamed by Erdoğan for a failed 2016 coup attempt. So Brunson is being used as a bargaining chip by the Turkish president. He has openly statedRead More

Wheaton students join the March for Our Lives – The Wheaton Record

March 29 2018 On Saturday, March 24, hundreds of thousands of protesters, including Wheaton students, participated in the March for our Lives in Washington, D.C. to “demand that their lives and safety become a priority and that we end gun violence and mass shootings in our schools today,” according to their website. Estimates of the […] Source: Wheaton students join the March for Our Lives – The Wheaton Record