The Nashville-based Christian publisher said revenue is down 24%... 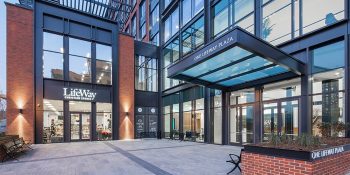 by: Yonat Shimron April 29, 2020 (RNS) — LifeWay Christian Resources, the publishing entity of the Southern Baptist Convention, has announced it will cut roughly 10% of its operating budget through staff reductions, a hiring freeze and salary cuts. The move comes after five consecutive weeks of steep revenue decline in the wake of the coronavirus and the expectation that sales may not rebound anytime soon. The Nashville-based Christian publisher said revenue is down 24% compared with the same period last year, largely due to a sharp drop in bulkRead More

[M]eant improvising — both in how it provides its services and how it prevents the spread of the virus. 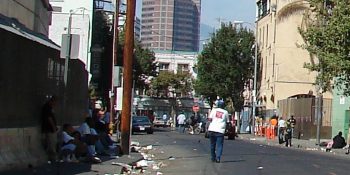 by: Alejandra Molina LOS ANGELES, April 29, 2020 (RNS) — By the middle of a typical month, the Catholic Worker’s soup kitchen on Los Angeles’ Skid Row would have served about 80 gallons of beans, to go with the salad and bread it hands out as part of every meal it serves. Since the pandemic struck, said Matt Harper, an organizer with the lay Catholic community, its clientele was going through about double that amount. Harper, 31, said he’s noticed that many of the church groups and community organizations thatRead More 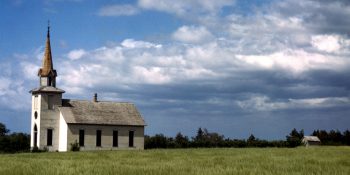 by: Alejandra Molina April 28, 2020 (RNS) — An initiative that seeks to financially help small and struggling churches in the wake of COVID-19 has raised more than $400,000 and received over 1,000 applications for funding. Through the Churches Helping Churches Initiative, a relief fund was set up to provide $3,000 grants to churches at risk of closing due to a decrease in financial giving during the pandemic. The initiative is led by the AND Campaign, with support from other organizations such as the National Latino Evangelical Coalition, Pinkston andRead More

Amid the coronavirus pandemic, Chicago resettlement organizations help refugees navigate their new lives as some in essential jobs are on the front lines of the fight. Source: Refugees try to make new start in Chicago as COVID-19 upends daily life: ‘Once we get back to the normal life, we want to walk freely’ – Chicago Tribune

“For these reasons, we encourage all Black churches and businesses to remain closed during this critical period.” 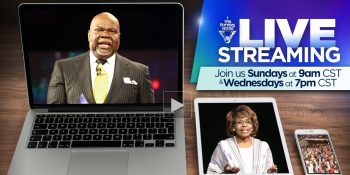 by: Adelle M. BanksApril 24, 2020 (RNS) — Top officials of seven black Christian denominations have joined civil rights leaders in calling for people to stay home until it is safe in states whose governors are lifting shelter-in-place orders. “We regard this pandemic as a grave threat to the health and life of our people, and as a threat to the integrity and vitality of the communities we are privileged to serve,” they wrote in a statement released Friday (April 24). “For these reasons, we encourage all Black churches andRead More 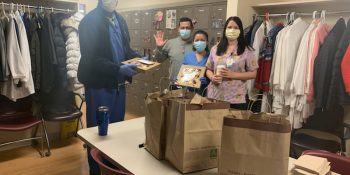 Historians generally mark the beginning of the Armenian Genocide with the arrest of 250 Armenian intellectuals by Turkish authorities on April 24, 1915. What fo Read the article: American Islamists Remain Silent on Armenian Genocide – The American Spectator 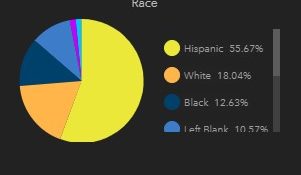 "What drives them is, ‘How can I do God’s work by healing people and saving lives?'"

Under fire from many, Samaritan’s Purse finds an unlikely champion 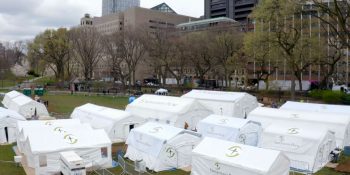 by: Yonat Shimron April 21, 2020 (RNS) — Whitney Tilson and his wife, Susan, were out walking their dog early one Sunday morning when they noticed workers unloading trucks and stacks of blue tarps in the East Meadow of Central Park, right outside their Fifth Avenue apartment building. Later that afternoon, Tilson saw some white tents rising up out of the ground bearing a name he had never heard of: Samaritan’s Purse. After learning the group was setting up a series of tents for a 68-bed field hospital to treatRead More

The campaign is organized by Liberty Counsel...

by: Jack Jenkins April 23, 2020 (RNS) — A conservative law firm launched a “ReOpen Church Sunday” initiative this week, calling on churches to begin gathering in person again despite reports of the deadly novel coronavirus being spread during worship services. The campaign is organized by Liberty Counsel, which created a website for the initiative encouraging Christian leaders to begin holding in-person worship the weekend of May 3 — just days ahead of the National Day of Prayer on May 7. “There’s a lot of practical ways that churches can beginRead More