Nizamuddin may sound like the perfect candidate for the job, but his background also raises some concerns.

On February 25, the Chicago Tribune  endorsed the president of the Muslim Bar Association of Illinois, Dr. Azam Nizamuddin, the Democratic candidate for the position of Circuit Judge in Dupage County, Illinois.

As a lawyer with twenty years of experience, adjunct professor of theology, and interfaith activist, Nizamuddin may sound like the perfect candidate for the job, but his background also raises some concerns.

NAIT describes itself as “a waqf,” the historical Islamic equivalent of an American trust or endowment, serving Muslims in the United States and their institutions.

In 2004, the Chicago Tribune reported on NAIT’s  role in an effort by Muslim Brotherhood members to successfully seize control of the once moderate Bridgeview Mosque, now known as the Mosque Foundation.

In 2007, the Justice Department designated NAIT as an unindicted co-conspirator in the largest terrorist financing case in America history, US v. Holy Land Foundation, which resulted in convictions and imprisonment of several US-based Hamas terrorist leaders.

Court records detailed how money flowed through NAIT financial accounts to Hamas. In the same exhibits from the trial, the Justice Department lists NAIT among “members of the US Muslim Brotherhood,” alongside NAIT’s parent organization; the Islamic Society of North America (ISNA).

Nizamuddin was also a sponsor of Council on American Islamic Relations (CAIR)-Chicago’s 8th Annual Banquet.  CAIR is strongly connected to the Muslim Brotherhood according to federal prosecutors and was also listed among “unindicted co-conspirators and/or joint-venturers” in the Holy Land Foundation case along with NAIT.

In CAIR, ISNA and NAIT’s repeated appeals to the U.S. government to remove its name from the co-conspirators list a federal judge ruled the government had provided “ample evidence” at trial for tying CAIR, ISNA and NAIT to Hamas and the Muslim Brotherhood. CAIR has subsequently been blacklisted as a terrorist group by the United Arab Emirates.

Nizamuddin also served as the co-chair of the Interfaith committee of the Council of Islamic Organizations of Greater Chicago (CIOGC), which was co-founded by former NAIT Chairman and Muslim Brotherhood leader Bassem Osman. Osman remains the president and portfolio manager of AAA.

But Nizamuddin has connections to other Islamist-linked organizations outside of those historically affiliated with the Muslim Brotherhood as well. Nizamuddin served on the board of directors and as general counsel for the Niagara Foundation, a charity associated with Turkish Islamist cleric Fetullah Gulen.

In a 2013 Facebook post, Nizamuddin described Gulen, living in exile in the U.S., as “the most important peace advocate and religious leader you have never heard of.” In 2014, Nizamuddin did a video praising the Gulenist movement. While Gulen poses as working for world peace and democracy, U.S. State Department cables, divulged by WikiLeaks, described the Turkish preacher as “a ‘radical Islamist’ whose moderate message cloaks a more sinister and radical agenda.”  In Turkey, Gulenists were known for their extended penetration of police and judiciary services, prior to a purge of the judiciary following the 2016 coup attempt.

Gulen’s U.S.-based charities, including the Niagara Foundation, have been accused of serving as fronts for a campaign of influence by offering all-expense paid trips for state and local lawmakers, and former Niagara Foundation Executive Director Kemal Oksuz was convicted for his role in a scheme to illegally fund a congressional trip to Azerbaijan, as part of an effort to influence lawmakers.

Nizamuddin’s affiliations with both Brotherhood-linked groups like NAIT as well as Gulen-linked groups is interesting, since American Brotherhood groups have increasingly sided with Turkish authoritarian president and Islamist Recep Tayyip Erdogan during his campaign to suppress Gulen’s movement after the two, previously allies, had a falling out.

Nizamuddin’s associations with groups linked to terror finance and influence-peddling should raise genuine concerns for Dupage county voters. Voters have a right to ask to what extend Nizamuddin shares the Islamist views of the groups he is affiliated with, and whether these views will impact his position on the court, if successfully elected. This is especially true given his connection to a group with a documented history of political corruption. Will media outlets identify these connections for voters, and ask Nizamuddin how these affiliations will affect his role on the bench, if he should be elected?

Hesham Shehab: Coronavirus, the End Times, and the Advent of the Shiite Messiah

The world’s governments are taking measures to contain the Coronavirus (COVID-19) crisis, and fears areRead More 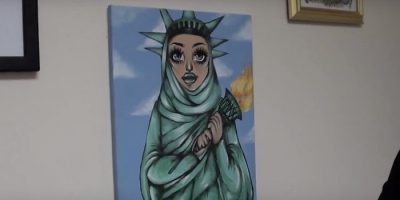